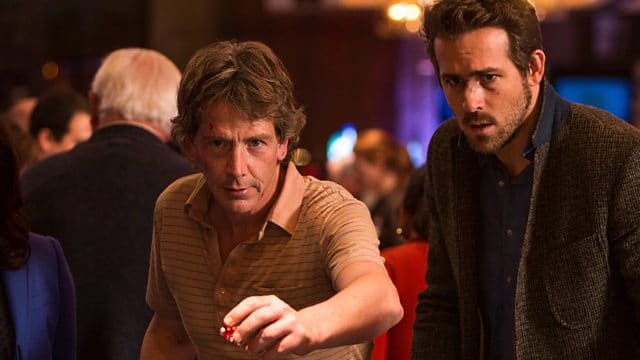 There’s a lot of top 20 film lists out there. But whenever we see them they usually consist of the stuff we’ve already seen. It looks like we’ll be spending more time at home for a little while at least. So we put together a list of films to get you through the evenings. This isn’t our favourites, mind you. But it’s one of the great tragedies of the film industry that so much good stuff doesn’t get the air time it needs and disappears without a trace.

So here are some of the things you might have missed. And where you can get them. It’s broken down as follows. They’re in no particular order. Just grouped together by platform. Click to jump to that point.
Free on Netflix | Free on Amazon Prime | Free on NowTV | Rentable on the listed platform
The last lot is stuff we haven’t seen but have on our watch list in the next couple of weeks.
The great thing about this is Netflix have launched a feature that allows you to stream a movie or show at the same time with friends. It has a chat window and synced play/pause so you can all watch it together. Check out Netflix Party.
If you’re a bit bored poking around then we’ve been doing a lot of website updating recently so you could check out some of our other pages.
Want some inspiration? Here’s our Top 20 Sport videos.

Based in Birmingham and want some video? Here are some reasons why you might choose us.

Otherwise, enjoy our top 20 films you might have missed!

Revenge thrillers normally have people Bruce Willis drawing on the skills they learned in the Navy Seals. Not this one. The ‘hero’ lives in his car on a beach and is scavenging food when  he finds out his parents have been murdered.

This is a man on a phone for 90 minutes. We’ve deliberately made it sound terrible because of just how genuinely good it is. Some films based around a single good idea don’t know how to end. This one totally does.

Two lads go hunting in Scotland for a stag do. Then things go tragically, nail-bitingly wrong. Master of Suspense Stephen King took to twitter to state how much he loved it. So, you should definitely check it out.

This is probably about the most high profile film on here. It’s kind of a surrender movie. i.e. You’d only put it on if you’re trying to please literally everyone. But it’s still good fun and sometimes you just need to sit back and smile.

Joker, despite all its awards, divided critics and audiences. For us, this is the better film. With the same ingredients, Joaquin Phoenix, mental health, wrong side of the law, Lynne Ramsay crafted something mesmeric.

We promise you don’t have to be a total space nerd to enjoy this. The Apollo 11 mission is captured in incredible detail, with beautiful imagery and a completely impressive sound design track. It’s definitely worth your time.

This one really is as good as they say it is. A film about kids in their final year before heading off to college, yet it contains almost none of the typical high school cliches. The two female leads are unashamedly nerdy and totally brilliant. Feel good Friday night fun.

The Kings of Summer (feelgood) – AMAZON PRIME
Kids building a hideout in the woods and doing dumb stuff. This is basically our childhood except for the building the hideout. Easy watching. Great fun.

Sorry to Bother You (don’t even know how to describe it, comedy, I guess?!)- NOWTV

The trailer is a con. It makes you think it’s an amusing, slightly odd film about cold calling. Which it is. But at a certain point in the film it just goes completely turbo in all kinds of insane directions. At the end you’ll rub your eyes and wonder if that really happened.

We caught this on a plane. We think a good film is good for everyone, but if you’re a Mum struggling with the GIGANTIC expectation on you, particularly right now, this is a genuine, unexpected joy.

rentable on other platforms

Imagine trying to do 1917 but doing it actually as a single shot for the ENTIRE FILM, but without being Sam Mendes and having the Who’s Who of British acting popping up every time the action slows down. Well, Victoria is that. It’s so good.

Hell or High Water (drama/thriller) – Pretty much everywhere except NETFLIX

The thematic follow up to Sicario is, without getting too film buff about it, a slice of modern Americana. Looking at the clash of old values in the new uncaring world. But don’t let that put you off. It’s a mesmerising watch. And it’s got Lebowski in it as a slightly racist US Marshall.

Ben Mendelsohn is that actor you recognise but can’t place. He’s also incredible. For proof check out The Outsider. But this has also got Ryan Reynolds who’s so charismatic you’re almost obligated to hate him.

It’s that young lad from Peaky Blinders who works out that selling drugs in Thailand is a sub-optimal career path. Then it turns out he’s quite good at fighting. We’re being a bit glib about a somewhat brutal and compelling true story.

Sam Rockwell is like Ben Mendelsohn except you do recognise him. Absurdly talented and also pretty damn charismatic here too. This is one of those ‘family go on holiday and find themselves’ films, except it’s really good.

OK. This is cheating. You might have caught this one. But also you might have ignored it because it’s one of the repetitive Jason Bateman comedies. EXCEPT, it’s really, really good fun. Another one of those that will please everyone.

These last few are the ones we haven’t seen yet but plan to get through in the coming weeks.

The trailer’s got nuns making loads of sex jokes.

See, there’s loads of good stuff on Netflix if you know where to look! This looks creep as.

You can tell pretentious film people because they talk about directors quite a lot. If you find yourself in a room with them just say ‘I’m looking forward to seeing what the Safdie Brothers do next’. Because they did this before they did Uncut Gems and this is also meant to be pretty awesome.

ENJOY, WASH YOUR HANDS, LOOK OUT FOR EACH OTHER.

BEING ON YOUR OWN ISN'T THE SAME AS BEING ALONE.

GET IN TOUCH IF YOU NEED ANYTHING