The ‘typical student’ concept was a really well researched idea. We loved it from the start and it built on our previous work for Glide. It was a bold move by them too as it was much more of a brand video than a product film.

This concept of tapping into frustrations around common misperceptions of students serves two purposes. It shows that Glide understand their audience. This is particularly true because it’s a very young company. Many of the staff are recent graduates. And if they understand the misconceptions about students. They certainly understand the problems facing them. And that’s where Glide’s bill sharing proposition comes in.

We love working for Birmingham clients so we dived in.

The turnaround on this one was particularly quick. We had developed a working relationship with director Darren Suffolk on a number of jobs. Darren and exec Producer Lee found themselves casting students over Christmas. Scouting locations took place in December and we shot on the 3rd of January. It was here that local knowledge, strong connections and a reputation for being an easy crew to work with paid dividends.

Absolutely critical to making this work was the timing of the transitions. Each shot had to blend perfectly with the next. Darren’s choreography, sense of timing and ease with the cast came together perfectly. We used a steadicam for as many of the shots as we could. So we could get that easy gliding action. Operator Andrew Bainbridge, who most recently worked on Armando Ianucci’s scifi comedy Avenue 5 with Hugh Laurie, pulled off some particularly tricky moves in tight spaces. And DoP Karl Poyzer gave everyone a wonderfully lit environment to do great work in. 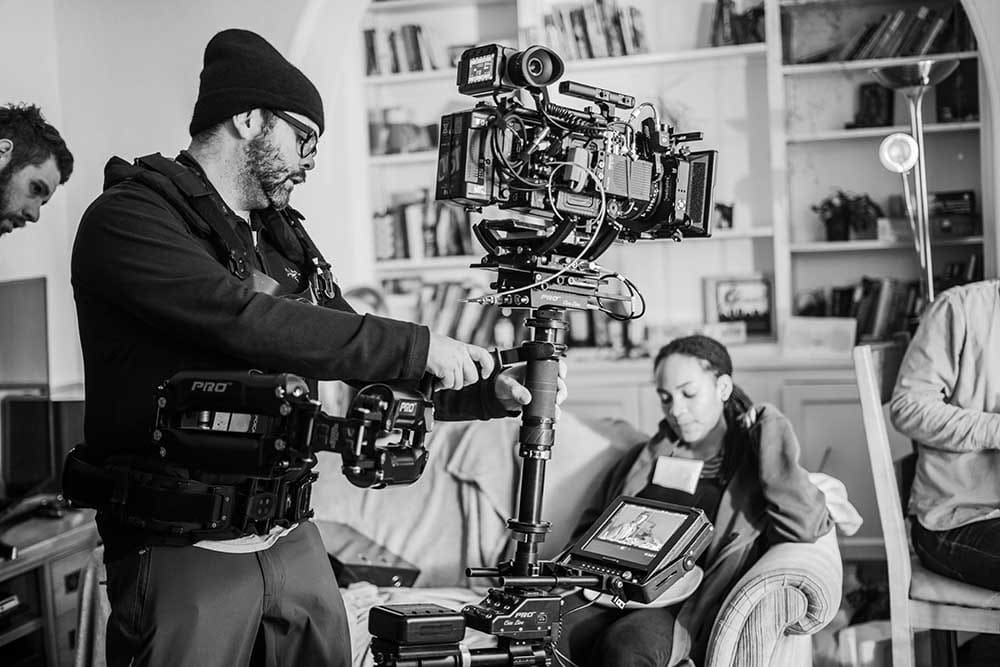 An interesting thing about choreographing a shoot like this is that you must get it right on the day. If the end of one complex shot links into the start of another complex shot then the edit is finished before you start.

It has to work!

Fortunately in this case it did.

Once again planning is key.

If you like the resulting film then please get in touch. Even if you need something for a less ‘typical student’.

We’d love to talk to you.